Nose Surgery is a surgical procedure that changes the shape of the nose. The motivation for rhinoplasty Surgery may be to change the appearance of the nose, improve breathing or both.

As humans, the nose is one of our most prominent features. It is important to our overall appearance that it is well shaped, functions properly, and fits within the natural contours on our face. For those unhappy with the shape, size or proportion of their nose, rhinoplasty (cosmetic Nose Surgery or Nose Job) may offer the improvement they seek.

Candidates for a Nose Surgery include healthy individuals with any of the following issues:

There are a couple of different ways to perform Nose Job or Nose Surgery, that being the closed technique and the open technique. Many surgeons prefer the open Nose Surgery method because this approach allows them to gain a better view of the inside of the nose, as well as greater access to its support structures. The incision is made between the nostrils or under the nose near the nostrils.

Once this incision is made, the skin is pulled back and the bones, cartilage and tissue within the nose are exposed so that reshaping and reconstruction can occur. Once the incisions are closed, scarring is minimal and will not be seen.

Surgery is considered an out client procedure. It is performed in an accredited surgical facility under general anesthesia. Clients will be swollen and bruised around the eyes and nose for up to 2 weeks. These are the primary side effects after surgery, but they will go away quickly if proper care is taken.

Nasal packing, which is the insertion of gauze or cotton into the nasal chamber to control bleeding, may be used. After surgery, clients will wear a nose splint for a couple of days. Once this splint is removed, the newly shaped nose will be revealed. It can take a few months for the nose to gain its sensation, as well as its final contour and softness.

This depends again on how complex the procedure is, but in general most clients experience five to seven days of purple discoloration and swelling around the eyes and upper cheeks. The nose itself will be swollen for around ten to fourteen days or longer, but subtle resolution of the swelling at the tip of the nose can take months to go away. 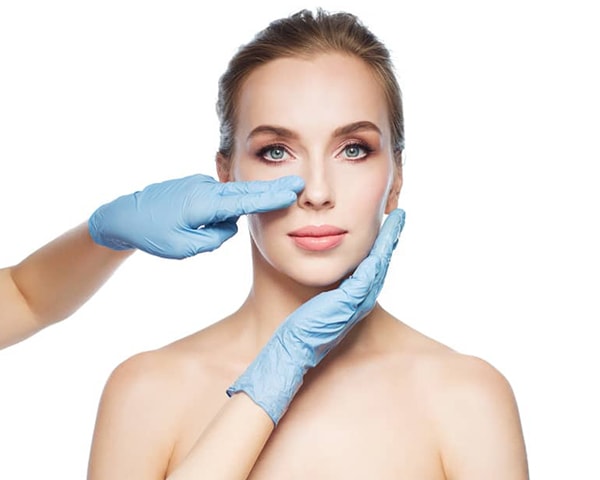