Liposuction is a surgical procedure that uses a suction technique to remove fat from specific areas of the body, such as the abdomen, hips, thighs, buttocks, arms or neck. Liposuction also shapes (contours) these areas. Other names for liposuction include lipoplasty and body contouring.

Liposuction isn’t typically considered an overall weight-loss method or a weight-loss alternative. If you’re overweight, you’re likely to lose more weight through diet and exercise or through bariatric procedures — such as gastric bypass surgery — than you would with liposuction.

Some body fat can be difficult to lose for men, even when following a healthy diet and doing regular exercise. Liposuction for men is quite different to how it is approached in women.

Men have distinctly different issues with fatty deposits, which women do not have. Certainly, the basic principles still apply that in general an adult male has a distinct number and distribution of fat cells which changes little. Therefore, the removal of fat cells changes the contour in that area for good and the overlying skin shrinks accordingly. The fat cells are a little more adherent than in women, but the effect can be just as good.

Areas we generally treat are the chin and neck, the breast (gynaecomastia), the abdomen and loins, and sometimes the inner thighs.

The Chin and Neck:

Chin and neck fat is largely hereditary, but with age, these fat cells increase in size and become more of an issue. The actual removal of fat from this area has to be carried out with care to avoid injury to the branches of the facial nerve and to obtain an even result. The simpler can be more precise the technique is, the better as the skin is relatively thin and because of the beard, is not quite as elastic as in a woman.

Skin retraction is therefore slightly less, however, the scarring created under the skin will pull the skin back up into the chin and neck giving a better neckline. In the older patients, one might consider skin excision, as in a standard neck lift. However, liposuction alone will always be worthwhile.

It should be noted that treatments which simply remove the fat non-surgically or by injection do not have any effect on the skin and therefore it will tend to leave more obvious laxity.

In the older patient, we often combine liposuction with the Swan Neck procedure, whereby we tighten the platysma muscle and remove skin discreetly in the mid-line. This may seem a big procedure but it can be carried out very satisfactorily under local anaesthesia.

Liposuction of the male breast (gynaecomastia) is very effective and avoids the common deformities of direct excision. In some cases, we combine this with a direct excision of the firm breast disc immediately behind the nipple which is termed Webster’s Procedure.

The bulging abdomen can be due to fat within the abdominal cavity or fat beneath the skin. It is the fat beneath the skin which we can treat by liposuction. There is often a combination of the two fatty deposits in which case there is a limit to the improvement possible. We often perform an adbominoplasty alongside liposuction for these patients.

The fit patient, looking for a six pack, will find that liposuction removes fat very effectively but will not define muscles to this extent. There are surgeons, who claim to be able to produce a six pack, but this is a somewhat ridiculous idea. Fat is taken out in strips leaving fat in place of muscle. This is often claimed by surgeons, using the ultrasound technique of Vaser, as though it was a special property of Vaser, but in fact, this can be done using any technique. It is just that most would not wish to. Fatty lumps are not toned muscle.

The loins or flanks are another male problem and of course spill out over the waistband. Liposuction is very effective, but remember in an older person the skin may also be loose and still tend to fold.

There is often an annoying pad of fat at the inner thighs which can be easily treated by liposuction.

Liposuction is not used to treat weight loss per say, but there can be occasions, where specific areas are a problem and can be treated, often without much change in weight. For example, the inner thighs might chaff and prevent easy walking and liposuction limited to this area will often cure the problem. Also, there may be a particular embarrassment by rolls of fat around the neck. It should also be noted that there are some patients who find that liposuction gives them a spur to tackle the real problem of a proper diet. 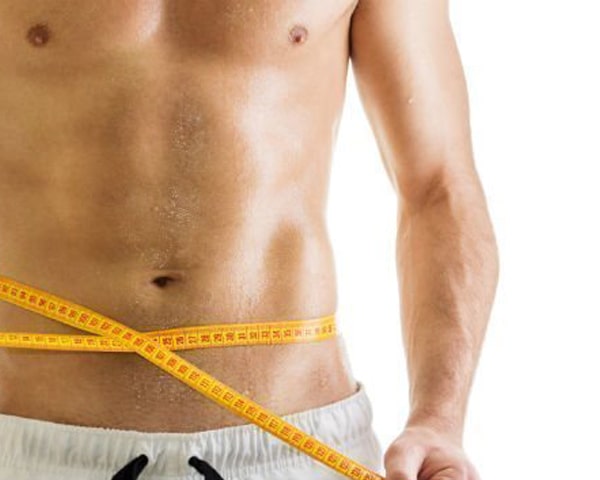